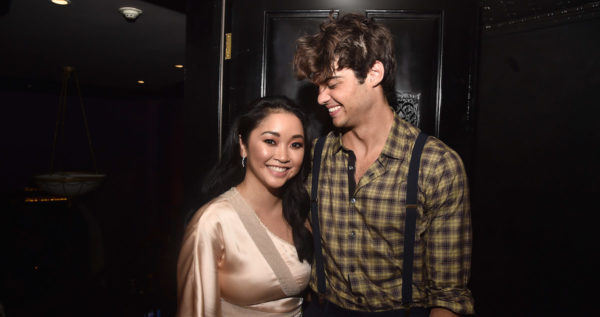 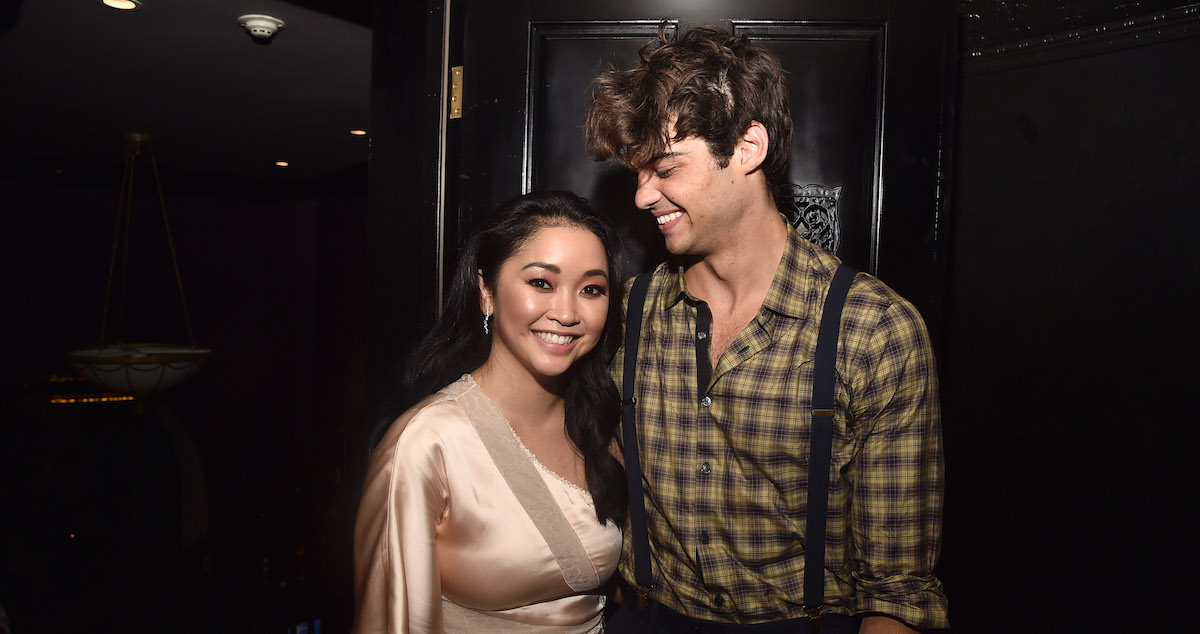 After seeing Lana Condor and Noah Centineo in To All the Boys I’ve Loved Before, it’s easy to believe the two of them must have a thing going on in real life. The two leads have obviously charmed audiences all over, and lead to a sequel, To All the Boys: P.S. I Still Love You, is coming out on February 12th 2020.

Their chemistry onscreen bleeds off into real life, as the two of them get along so well with each other. It is no wonder that fans have been swayed by the onscreen couple and hoping that their relationship would become a real thing. After all, chemistry plus friendship must inevitably lead to love, right?

Not necessarily, and the duo intended it that way. In fact, before they even started filming, they created their own non-dating contract to keep things platonic. But how official is that?

Lana and Noah felt something for each other

The world had hoped for Lana and Noah to be together even before they had started filming the first movie. Clearly, what the public had detected was not solely founded on wishful thinking. Back in January 2019, Lana admitted to Jimmy Fallon that both she and Noah had felt the energy between them.

Right before they started shooting the movie, Lana and Noah had to get to know each other for their parts. They went to a hot yoga class and then returned to his apartment for pizza. That’s when Lana knew she had to set boundaries with her costar very early on, as a preventive measure for their careers.

And I felt something. And then so we went like this, and I looked at him and I went, ‘Noah, it’s not going to happen between us.’ Yeah, because I felt, for the show to do well, we had to be best-friend professionals. And so I was like, ‘it’s just not going to happen.’

The no-dating pact was a mutual decision, as Lana revealed. Not only that, but it also what has led to the greatly anticipated sequel.

“And he was like, ‘Yeah, it’s not going to happen.’ And I was like, ‘Great!’,” Lana continued. “So we kind of did what we did in To All the Boys the movie, we kind of made a contract and set boundaries and then I’m so happy that we did that because the movie turned out great and now we’re doing a sequel. So I have to work with him again so imagine!”

Lana has been in a longtime relationship with actor Anthony De la Torre, whom she met back in 2015. At the time, she was not a well known actress and was still trying to find her footing in the industry.

Her publicist had managed to get her an invite to a party for Emmy nominees. That’s where she met Anthony, after locking eyes with him at the bar. They connected during the evening and while they were separated by the crowds, he had managed to find her before she boarded her Uber ride.

As she told Cosmopolitan, The first thing she texted him was a corny pun: “What do you call a pile of ­kittens?” He replied with the ­punch line: “A meowntain.”

Lana and Anthony have been together ever since. Now they live together. And while fans do not get to see her relationship unfold, the love between the two of them is certainly real.

There’s no other person in this world I want to spend every day doing nothing with.

In fact, she is just as romantic with Anthony as her character is onscreen with the Internet’s boyfriend, Peter Kavinsky. She revealed to Rollacoaster that she and her boyfriend still leave each other love letters.

“I am a hopeless romantic,” she said. “I still write love letters now and so does my boyfriend. He even draws pictures on the front. I would say he’s more romantic than I am!”

She had to encourage speculations at the expense of her relationship

Lana has admitted that part of the marketing ploy behind To All The Boys I’ve Ever Loved involved encouraging the idea that she and Noah might have been ‘together’ in real life.

“Noah and I definitely encouraged the speculation,” Lana admitted. “But it’s because we believe in the story and the characters and we genuinely love each other. You can truly love someone in a very platonic way.”

Unfortunately, some fans can’t seem to be able to see Lana Condor as a separate entity from her character Lara Jean. This has led to very vicious attacks, when said fans discovered that she was dating Anthony De La Torre and not Noah Centineo. They said horrible things and even told Anthony that he didn’t deserve Lana and that she should have been with Noah instead.

I love Noah with all my heart, but the switch was when people started attacking Anthony online. That was when I realized as much as I can show my love and my friendship to Noah… I can’t be that private with Anthony, because people are starting to be really hurtful to him.

Now, the comments on Anthony’s Instagram are disabled. However, Lana admits that the few times she has posted him on her own account, she would still get an occasional pro-Noah comment. Thankfully, things have calmed down.

Ultimately, they are all friends

While it must have been undeniably weird for Anthony to see his girlfriend so publicly paired with someone else, he has been very supportive of his other half.

“This is actually her dream though. I’m so happy for her,” he told Cosmopolitan. These two met before she reached the level of fame that she has today. Anthony has gotten to know Noah Centineo and Jordan Fisher, who plays Condor’s new love interest in P.S. I Still Love You.

“It was so funny because Noah and Jordan met Anthony both at the same time,” Condor told Teen Vogue.

They came over to my house. It was so cute, because it almost felt like … my three boyfriends all meeting each other.

Meanwhile, Noah is not available either. He is currently in a relationship with 22-year-old model Alexis Ren.

Platonic relationships are just as precious

It’s easy to understand why fans want Lana and Noah to be together. After all, this has happened in the past with previous movies like Twilight, which created the Robsten (Robert Pattinson and Kristen Stewart) pairing or Mr. and Mrs. Smith which launched Brangelina.

While some costars have managed to find romantic bliss outside of the screen world, it is not true for everyone. By making a pact to keep their relationship platonic, Lane and Noah have been able to respect each other and her existing relationship with Anthony.

In doing so, they have proven the validity of platonic relationships, which are possible and are deserving of as much respect as romantic ones. This is certainly a valuable learning from

The post Why Lana Condor and Noah Centineo Swore Not To Date Each Other appeared first on Goalcast.