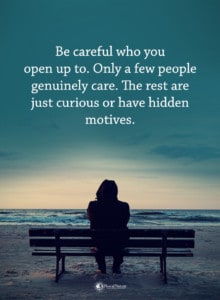 Lonely children often become lonely adults. Before you get into a relationship or even a friendship with someone, you should look for warning signs that the person may have issues from their past. Chronic loneliness can cause all kinds of problems emotionally.

When you reach adulthood, it’s hard to have friends because everyone is so busy with their jobs and families. Connecting for Thursday night poker may not be doable. How do you know if someone suffered as a child from chronic loneliness, even though they might not have been alone? Here are some signs that a person was lonesome as a child.

Have you ever heard someone talk just to hear themselves speak? When a person has a lot of sadness, they may try to make friends by chattering about nothing. The only problem is that their attempts to be recognized often turn people off rather than making them want to converse.

It’s socially awkward when someone is continually talking, and you can’t get a word in edgewise. If you have a friend or you use mindless chatter a lot, perhaps you had a lot of sadness as a child.

2. Redirects Conversations To Themselves

One of the worst types of conversations to have is those where the other party continually directs the issues back to their life. Friendships must be a two-way street where you listen to their life problems, and they hear yours.

However, one of the biggest complaints about someone who is chronically lonely is that they will often talk right over the top of you and bring it back to their issues. Though they genuinely care about you, they cannot hear what you are saying because nothing is as essential or as trivial as the battles they are fighting.

These are signs that this person doesn’t show empathy, and they have a hard time relating to others. They need to find happiness inside.

Someone with low self-worth needs validation from others. If you tell them they made a good meal, they will give you 100 reasons why the meal was horrible, and they could have done a better job. They so desire for you to pat them on the back that they will practically beg for your praise by making themselves appear insignificant.

First, this person relies too much on the opinions of others, and second, they are desperate for someone to compliment them because their low morale needs a boost. These are the kind of people that try to make their life appear perfect on social media sites too. However, behind closed doors, it’s much different than the fairy tale they portray.

Attention seeking behaviors can range vastly. When someone does an action, either positive or negative, to gain the attention of others, then they are trying to redirect the focus towards themselves. In childhood years, this chronic loneliness can make people use destructive tactics.

Consequently, as a person with these sadness issues becomes an adult, they will use more manipulative behaviors to get people to take notice.

People who have poor social skills stand out in a crowd. They are awkward and don’t know how to have friendships. They were the child that couldn’t make connections with their peers and may have had few friends, which resulted in chronic loneliness.

Children who were bullied often grow up into adults with social skill issues. They may miss those little social cues or nuances that are a part of socializing. They’ve never felt like they were a part of anything, so they cannot fit in.

Others might declare lonely children to be weird, odd, eccentric, or marching to the beat of their drum. They just don’t fit in with society’s norms, and they worry about the opinion of others more than they should. 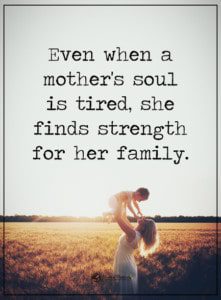 6. Problems with Anxiety and Depression

Chronic loneliness causes depression and anxiety. Anyone shy, withdrawn, or lacks self-confidence can develop these mental illnesses. It’s hard to fit into a world that they seem to be removed from, though they may try.

Many times, these mental problems creep in because of a horrible childhood. Take, for instance, Oprah Winfrey. She is one of the most influential women of today, but she grew up as a poor girl from Mississippi. She has produced one of the most beloved talk shows of all time, plus she created a billion-dollar company that is thriving.

Yet, what many people don’t know is that Winfrey struggles from anxiety and depression. At one point, she said that her depression got so bad she had a complete breakdown. Every day is stressful, no matter her wealth.

As a victim of sexual abuse, Winfrey felt isolated and alone as she had a horrible secret to hide. Frequently, loneliness can come from the darkest places, and it has a hold throughout life. Money couldn’t solve these problems for the megastar. However, she overcame a lot of her issues by learning to vocalize her pain to help others.

A person with low self-esteem sees themselves very differently than the world sees them. They may be a beautiful woman with the perfect figure, yet they feel they are overweight and unattractive. Their poor self-image can be caused by chronic loneliness they felt as a child.

As in the case of Winfrey, abuse can often alter one’s perception of their body. They cannot see past the nature of the violation. Thus, they allow it to scar their attitude. If they could only see themselves the way others see them, then they would know their true worth. 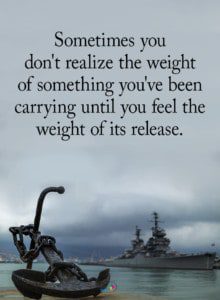 8. Has a Vivid Imagination

Have you ever met someone with a vivid imagination?

Here is a hypothetical example  A little girl went to summer camp. When the counselor asked her about her mother and father, she told them she lived with her mother, but a shark killed her father.

The counselor was horrified that the child had experienced such a traumatic loss. The ironic thing was the child’s father was not in her life. A single mother was raising her. Her mind couldn’t rationalize the fact that her dad didn’t want her, so she had to make up a horrible story to justify why he was gone.

A vivid imagination can be used either positively or negatively. In this instance, the little girl’s imagination was used to help her gain closure to a painful situation. She also craved the attention and pity from the counselor who was almost in tears as she told the story.

The little girl grew up to be incredibly sad and lonely. Her vivid imagination caused her to tell other tales through the years, and soon people knew she had a problem with chronic lying.

Having a highly active imagination can be great for the artistic person and those that enter into creative careers. But for the person who is sad and lonely, it can get them into trouble.

9. Constantly Interrupts Conversations with Others

There is nothing ruder than someone who constantly interrupts you during a conversation. It can be accidental, or they can be so eager to burst out what they have to say that they talk over you.

People with ADHD or even bipolar disorder often use mindless chatter and have difficulty with interrupting a conversation. It’s usually because they finally have someone’s attention and their mind is racing with all the things they want to tell you.

10. They Openly Talk About the Chronic Loneliness

Some people try to appear in sync with social norms even though they feel broken on the inside. However, others are very vocal about their pain. They may tell anyone who will listen to their problems.

Chronic loneliness can be challenging for an adult to deal with, and they may ruminate about their issues. They may call family members and go on for long periods about how horrible life is for them.

They have become quite skilled at vocalizing their loneliness and other problems. For the person on the listening side, it’s not a fun conversation. These are the relatives and friends that you avoid answering the phone when they call, though you do feel sorry for them. 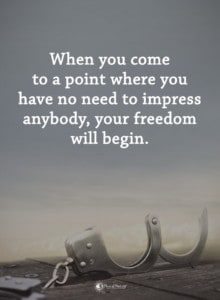 When you feel sad and alone constantly, it can cause a mental imbalance that leads to illness. It’s essential to find healthy outlets of expression and people to call friends.

Sadly, the world has gone to a state of virtual reality where people chat online, but they have no face-to-face interaction. You can even date via the web these days. Though a person may be quite busy and bustling about networking in cyberland, they lack the comfort that having dinner and a movie can bring.

Consequently, society feels that stars like Oprah Winfrey have it all. However, there are some things money cannot buy. Lastly, you can be surrounded by family and friends and still feel empty and lonely on the inside.

All these things can be signs that there is an underlying mental illness caused by a childhood of problems. Everyone needs friends, and there’s nothing worse than loneliness.

The post 10 Behaviors That Reveal Someone Grew Up With Chronic Loneliness appeared first on Power of Positivity: Positive Thinking & Attitude.